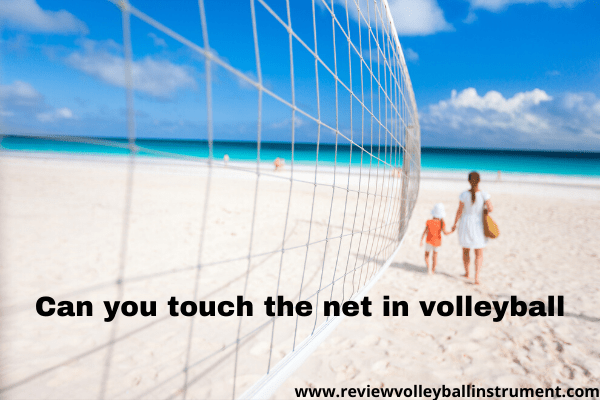 One high school junior asks this often to our friend Pete, ‘Hey coach, can you touch the net in volleyball?’ Of course, our bossman answers simply, in a word, to them. Because the rules at that level are different when you consider college levels or internationals, there is a definite answer to net-touching standards.

The question is, does it apply the same for everyone?

Volleyball sees changes in the rules in a span of 4 years when the FIVB chooses to adjust and scratch and reform what’s there already. They first make the international rules and then adjust them according to local or national levels, as appropriate for each age group and level of play.

So, Can You Touch the Net in Volleyball?

As of the current rules, while serving the ball, it may hit the net. It is legally allowed. This legalization happened in 2001. Before this, if a ball hit the net, it wasn’t considered legit, and the team had to do a second let serve without facing any penalty.

Now, if it doesn’t hit the net and you manage to throw the ball above the net, you get a good serve. If you don’t throw a decent serve, your team loses the serving possession and, naturally, a point.

So far, a ball can hit the net. But can a player?

Not while you’re playing the game. A player in action of the game can’t make contact with or touch the net. Say, that you jump to hit the ball or land after hitting, in the process you touch the net. It will be called against you and the team.

So, if you’re saying that you only intended to hit the ball and not purposefully touch the net, it will still be held against you (since you had the intention to be near and to hit the ball).

However, the part of the net that is beyond the sideline is available. Be it the net, the ropes, or the cables which you touched; you won’t be at fault if you *accidentally* touch it. However, if there is any sort of interference, you will be at fault.

Your body is allowed to touch the net in the following circumstances:

Is it possible to ever touch the net in volleyball?

As you can see, it is sometimes possible to touch the net in volleyball. However, when the ball is in action if you touch it or your clothing does, your opponent team is awarded a point.

Can you volley over the net while playing?

It would help if you didn’t volley unless you face an attack hit from the other side. But to block, you may place your hand over the net. But you can’t interfere with your opponent’s play.

What is the net violation law in volleyball?

The net violation law is where your body touches the net while being in the game’s action. If a ball is coming from the opponent’s end towards you, reaching over the net before it crosses the vertical plane of the net is considered a violation.

This is our well-researched post on the finest beach volleyball sunglasses. I hope you enjoy it!

Hopefully, you are now clear on the net violation rules regarding volleyball. The basic idea is that you should in no way interfere with your opponent’s play. Other than that, you may touch the net with your body.