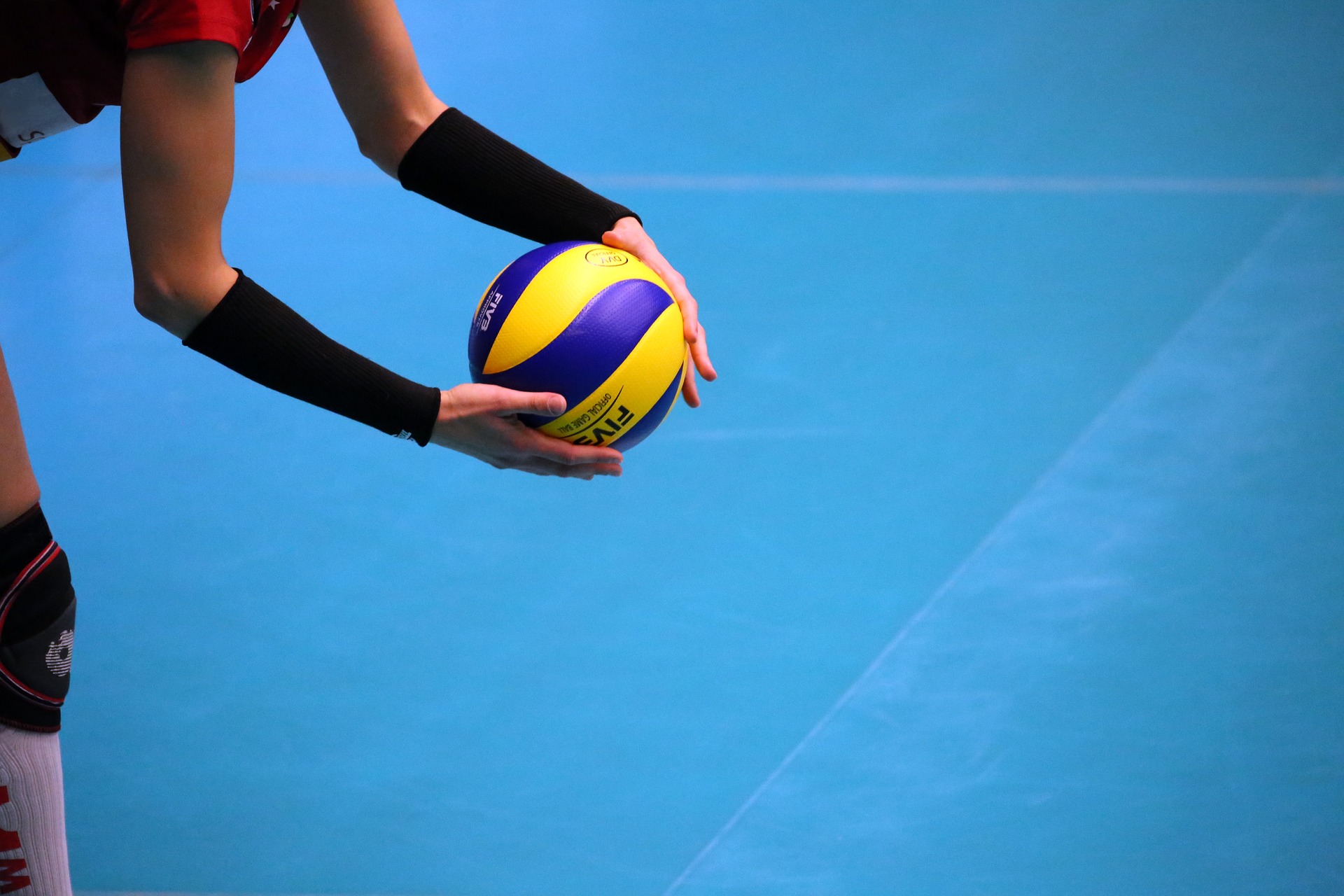 Who is the very specialized person in volleyball?

Guess -the libero: the defensive specialist. The person who dominates the game from the back end of the court and forces the team to win. We can define a libero with a large number of adjectives.

Now, we’re going to discuss everything about a libero’s job regarding what does the libero do in volleyball. 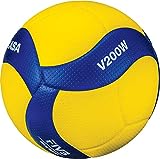 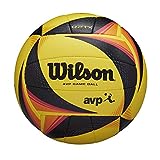 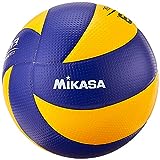 What Does the Libero Do in Volleyball: Volleyball’s Defensive Specialist

If you watch the entrance of any volleyball team to the court, there is that one player that stands out and is very hard to miss. Wearing a strikingly contrasting colored jersey from the rest of the team, the libero can easily be mistaken as the team captain by the uninitiated.

Metaphorically, you could say that the volleyball libero is a captain. Actually, they are the captains of the defense, who is also known as the defensive specialist. Also, the libero leads the team’s back row and drives the team’s serve receive and defensive units.

As vital as their role is, that position did not really come with the volleyball bundle when the game was created. It was not until 1998 that it was officially introduced internationally.

The Origin of the Volleyball Libero

The volleyball libero position was first brought into being in Italy around the late 80s to the early 90s. So we can call Italy the home of libero. In Italian, libero means free. By free, it meant that the appointed libero had the liberty to move in and out of the back row positions to play defense.

Because of volleyball’s popularity, professional matches and exhibition games had been televised locally and nationally. The professional men’s volleyball games were popular, but the women’s games won over much more attention.

And it wasn’t really because of a lack of eye candy in men’s volleyball or the abundance of them in women’s volleyball, although we could say that that probably helped.

Back in the day, in the 70s to the early 90s specifically, men’s volleyball was all about power. There was just lots of powerful hitting but little emphasis on defense. The coaches drilled in skills needed for the forward row, like blocking and hitting.

The women’s games, on the other hand, were less about power and more about panache, craftiness, and unpredictability. Defensive play was more present, with women doing dives and rolls on the floor. All of these produced longer rallies and more exhilarating games, which appealed to a broader audience.

To make the men’s volleyball games more electrifying and to increase viewership, ergo sponsorship, the men in gray suits decided to promote more defensive plays as defensive specialists. Thus, the part of the libero was officially introduced by the Fédération Internationale de Volleyball (FIVB, English: International Volleyball Federation) in 1998.

What Rules are Unique to the Libero?

The libero’s uniform must have a contrasting color from the rest of the team. Given the dominion and privileges of the libero at the back-row, we cannot afford to have just anyone abuse that authority.

The contrasting uniform allows officials and the rival team to identify which player can perform the libero’s responsibilities and help them spot if a libero errs and goes to the forward row. 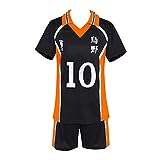 If the libero gets injured, he/she can be replaced by another player who is not in the court at the time of the injury, and that player must stay as the libero for the rest of the match.

Some organizations allow teams to designate two liberos on their score sheet, but they cannot be on the court at the same time. In the NCAA women’s volleyball, if a team’s libero is disqualified, they’ll just have to move on and continue playing with no libero.

Once the score sheet has been surrendered to the referee, the team can no longer change the libero or change a player from being a libero to a regular player.

There’s a strictly no front-row position rule for the libero at any point in the rotation. If a libero does not substitute off and plays in the forward row, the team will be called for a rotational fault.

The volleyball libero has the freedom to replace another back-row player an unlimited number of times whenever the play is stopped. In international play, there must be a rally between the time the libero leaves the court and when they go back in for another player.

Leagues that allow liberos to serve may allow the libero to alternate from position 5 to position 1 if they are about to serve.

The replacement has to be smooth, so these are usually pre-arranged. If a team does a switch after the whistle for service, they will get a serious warning from the referee, and they can obtain a delay sanction if they repeatedly do so.

And the libero and the replacing player must only make a court entrance or exit by the line in front of their team bench between the front zone and the backline.

Also, a libero can serve, but just in USAV and NCAA sanctioned games. The rationale behind the American way is that the development of players must be nurtured.

However, the libero cannot serve in FIVB tournaments. The FIVB maintains that the libero is strictly meant to be a defensive position, and serving is deemed offensive.

The libero is not allowed to perform an attack hit from higher than the top of the net. The attack hit has to be accomplished by standing and attacking the ball from a reaching position.

If the libero jumps and attacks, it could count as an illegal contact as it was most probably made while the ball was still above the net.

The libero is subject to a different set of rules than the setter, and it depends on where the libero is positioned relative to the front zone/attack line when contact with the ball happens.

Actually, the front zone/attack line is 3 meters away from the centerline of the court and runs parallel to it.

Behind the front zone

The ball can be set with the libero’s hands or through an underhand set.

Touching or close to the front zone

If the libero has a foot that is in contact with or close to the front zone, they have to lift that foot before making contact with the ball.

In front of the front zone

If both of the libero’s feet are in front of the forward zone, they can:

Liberos are only permitted to pass the ball underhand.

They are prohibited from blocking or making an attempt to block.

The libero rotation pertains to the following scenarios:

In serving (if they are serving)

If a libero replaces a player and serves in that rotation spot, they must act only in that spot in the rotation.

Moreover, players don’t usually stand in the same spots when they get to a specific position. Coaches and players employ strategies that allow players to get as close to their most favorable positions as possible. This is a unique technique of a coach to give a perfect position and give proper training to do it perfectly.

A team may decide to keep the setter as close to the target position as possible, or they may choose to keep the libero in the middle back or they could alternate between these two strategies as deemed necessary.

What Qualities Must one Assume to be an Outstanding libero?

A leader who can pass a large area of the court

Actually, players look to the libero to give defensive leadership. So, a libero who can pass most of the court can alleviate pressure from the outside hitters.

The rival team will usually pick on weaker passers. The libero can avert this with full-on aggression and by stealing the passes.

A quick and tactical thinker

Great liberos keep themselves on their toes and are constantly analyzing the game and the opposing team’s attack and defense tactics instead of simply reacting to the ball that comes their own team’s way.

Setters and blockers may not always see everything and could engage the wrong kind of defense. A libero must be able to look across the net, analyze the rival’s patterns and movements, and make immediate plans on how to defend to prove himself as a defensive specialist.

The one with the consistently reliable pass

The player best suited for returning serves is the libero. Also, a libero must also be able to make excellent passes for the setter. It is ideal, therefore, for a libero to be an exemplar of solid serve receive passing. 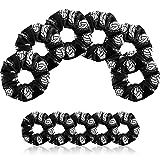 One must fine-tune their speed and reaction time. At the same time, a libero must be able to maintain high levels of energy since they usually play every rally of the game.

All of these require tons of work. Because of the demands of the libero position, an enormous amount of work ethic and dedication must be invested to play this role.

Someone who never quits

The role of the libero is a tough one. They dive, cover, dig, defend, and support teammates in their serve receive and defensive duties.

Basically, a libero is someone who does not stop and does whatever it takes in their power to keep the play alive.

Any Tips on How One Can be a Professional Libero?

The libero will get a hefty share of serves. So, discuss with the team which area you’re covering and what each is responsible for.

If you notice that a server is tactically trying to serve away from you and making a beeline for a teammate who is struggling, you can use tactics of your own to bait the server.

Move out of your area and stand next to a passer. On the service toss, you may either move back to the open space or you can stay where you are and then receive the service that was intended for your teammate.

Tell the passer of your plans beforehand, of course. Adjusting yourself as such will mess with the server’s head, and they may choose to serve into the open space. With that, you have gained control of the server instead of the server dictating how this is supposed to go. 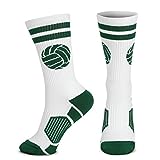 As a libero, you may find yourself scrambling to save a ball that others may not even give a go at.

When diving, land on your elbows and chest, not on your knees, to avoid unwanted strain and stress on your body.

Learn the art of one-armed saves

Try using your fist or the heel of your hand, and keep practicing until you are confident with how the ball reacts.

Know how to do a pancake.

Be an expert on the overhand dig.

This is similar to a set but done with solid hands. The fingers must be kept together and then step into the past.

As we mentioned earlier, the libero is good at analyzing. It’s not enough to explore. The analysis has to be communicated to other team members.

Whether the position of the volleyball libero is the toughest one to play or not is subject to anyone’s opinion. Each part has its own load to carry.

But one thing is sure — playing in the back does not mean taking a back seat from the game. It is a demanding job meant for a physically and mentally challenging person.

While some cheer for the spikes and the blocks, the stalwart libero is out there supporting the components of the game that dictate the outcomes, elevating it to a suspense-packed match that we all can enjoy.