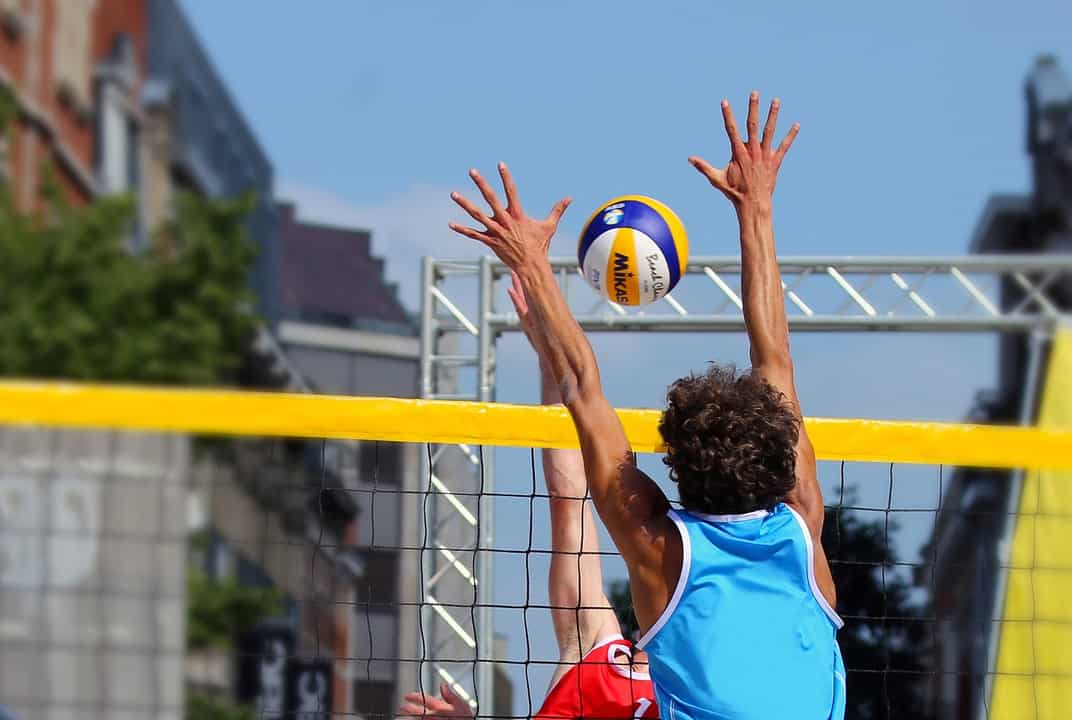 Frustrating and embarrassing as it is to be called for a lift, it is not uncommon. Often when you are not playing or are not in direct contact or touch with the ball, and it gets to you all of a sudden, you take time for the processing and throw if you are a beginner.

This is called a lift. It is more common with the starters in the game but is something that can be avoided with coaching and training mechanics.

What is a Lift in Volleyball?

When you make an illegal hit in volleyball, you get called for foul play. One such illegal contact with the ball is called a lift. When you throw the ball back into the game after prolonged contact, it is called a lift in volleyball. But sometimes, things can get hazy, and you may have trouble understanding exactly how the rally was lost!

But if your movements with the volleyball are not quick and clean, but instead those are possessive and showcase a longer contact than needed, you will be called for a lift or a carry. More about the latter is below.

The Difference between a Lift and a Carry

Now, like I said, for longer possessions of the ball than needed, you may be called for a lift or a carry. But what exactly is the difference between the two? Both of these illegal hits cause you a point; both of these are violations of rules, but not both of these have the same motion.

A lift grants you an upward motion. On the other hand, the motion with a carry is horizontal. While your movements can be sudden and fast for you to subjectively grasp what happened, the final call is with the referee to call for a lift or a carry.

Three kinds of lift calls are the most common. They are discussed below so that you can separate each one from the other:

You usually don’t see a lift call in the attacking moments of a game. So this is the most uncommon form of lift call.

When you attack, you are pushing the ball towards the opponent team. When making such a hit, some form of tipping is acceptable, given that your hit has been clean and not momentarily caught and thrown.

If you suffer an attacking lift call, the chances are that you guided the ball with your fingers and not the palm. If you think your fingers are not so stiff and sturdy for it, tell your coach to have you practice more here or use your knuckles. To prevent this, always hit down on the ball and tip it to the target in a quick and sudden motion.

Another kind of lift call is the passing one. When you pass from any platform, you can expect this one! What happens here is that the propelling of the ball based on your legs becomes hard for the player, and you get a call.

You will see young players being called for this more than older players. Keeping the feet squarely on the ground while using the energy on the legs and the shoulder to create the throw will help avoid this one.

The most common kind of list to occur is the setting call. While it is only natural that when a ball suddenly comes at you, you will grasp and possess and throw, this one has to be quicker in volleyball. So quick that these 3 activities are masked under soft and quick motions of your fingers.

It all depends on the referees if they want you to call you for it, as things are happening so fast, and he might have a hard time guessing if you really did the possession crime. But you should subjectively avoid it. To do this, practice and create a single in and out motion for receiving and serving the ball. And in no way should you let the ball lower on your face or chest.

Instances where a lift would not be called

You would think referees are sitting and waiting to call a lift. But this usually doesn’t happen. Chances are, you may not be called for a lift even when you thought this one would definitely get you caught and lose team points. So, when does it not matter?

The first circumstance is when players from both teams get into a net battle and hold the ball above the net on-air, this is not a lift. The game continues as soon as the ball is thrown to one side.

Another circumstance occurs mostly in indoor games and with defensive players who were just trying to save their faces from a tough throw or in beach volleyball for the same reason.

How to avoid lifting in volleyball

In order to avoid lift in volleyball, I have already given you some tips along the way about how to contact the ball. But here’s what you need to do (or not do):

Do you know what is an ace in volleyball? You can a look at our another researched article

Double contact in volleyball happens when the spiker spikes and the defensive player takes two digs at the ball. Locating it is easy as it creates a lot of spin in the player’s hands.

What do you call a double?

A double is when a player is not allowed to hit the ball twice in the same row. The only exception is allowed during blocking an attack. If a player does it, he will be called out.

So I hope you understand what a lift is in volleyball! It is a dreaded mess that costs points and can happen during attacking, passing, or setting the ball. It is actually different from carrying in the sense that it has upward motions.

But since this is something that can be avoided through fundamental training and practices, I’m expecting the next time you will voluntarily tell your coach to help you with it. After all, you want to win a match following all the right rules!