If you’re interested in learning volleyball and don’t know the basics such as, what is an ace in volleyball or how the scoring system takes place. Then you can follow our short guide. Here, you will get to find many answers regarding basic volleyball rules and fun facts! Let’s dive in! 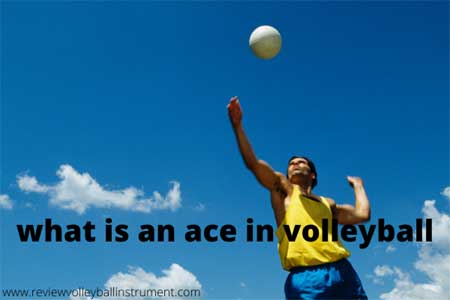 What is An Ace in Volleyball?

An ace is the type of volleyball serve that touches the opponent’s court or skids off any opponent players without them being able to continue to play afterward. An ace is when the served ball directly touches the opponent’s floor, or only one player can touch the ball while others fail to do so, resulting in a score for the team that served. The word ‘ace’ explains this phenomenon quite well. It means one as it takes only one hit after the service to score a point.

Ace is always a reason to celebrate in volleyball. But cheers are an integral part of this game. The way you cheer for aces affects the athletes psychologically and can boost their morale.

There are several reasons as to why you should have your own sort of cheers ready for an occasion, especially an ace. First, by having specially constructed cheers, you’ll be able to identify and solidify as a rock-solid team. And it is not that difficult either to come up with a joy that uplifts the spirits.

It is best to prioritize the positive aspects of your own team rather than bashing the opponents. For example, you can go along the lines like:

Here’s the server (player) it his name

See him Ace and win the game.

This can be a good cheer in general, but it does pressurize the server and can backfire if things don’t go according to the plan. So, we recommend this for mentally touch athletes. 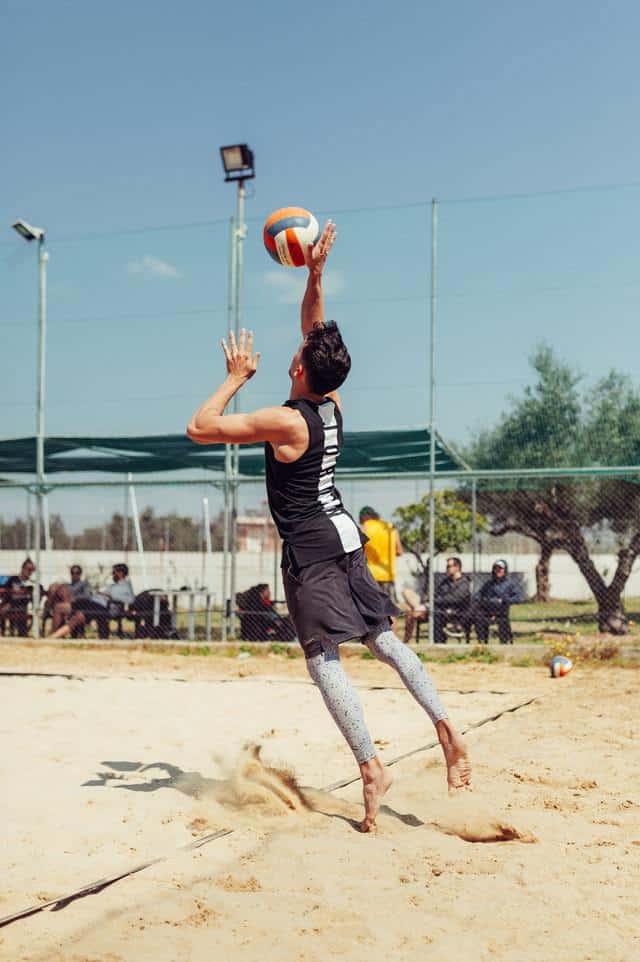 Players who cannot handle the extra emphasis should be strengthened with general cheers. One example of this is:

Ace it on your face!

You better focus, just in case

Next serve is going to be an ace!

Try cheers like these or make one of your own without adding anyone’s name in it. This boosts your team morale while not putting much pressure on any teammate.

Player size in indoor volleyball is six a side with specialized roles for each one, while beach volleyball is usually played with doubles.

Scoring rules also differ between them. Court size in indoor volleyball is 18mx 9m while beach volley court is a bit smaller, measuring around 16m x 8m without any attack line.

And last but not least, the type of court. Indoor volleyball is often made with polished maple wood.

We have mentioned the major differences that exist between the two categories of volleyball. But if you talk about the ruling of ace.

There are no differences in terms of ace rules between indoor and beach volleyball. So, the ace is the same in these two volleyball categories.

Which One to Learn for Better Output?

Beach volleyball, in our opinion, is healthier as a sport. As you’re exposed to all those natural sands and sun and close to the ocean, it can be highly beneficial. While indoor volleyball takes place in a restricted environment, denying the players of natural air and making the game much more severe and robotic.

Beach volleyball also increases the core strength and stability of the players. Many coaches right now advise their athletes to play beach volleyball to improve their ground game.

You also get to do it all, from the block, and set to attack. So, it makes you help strengthen your weaker spots as well.

Undoubtedly, indoor volleyball is played the most in schools and colleges around the country. But it is best to use beach volleyball to improve your indoor game!

Also you can read our article about what does the libero do in volleyball.

Can a libero be an ace?

Libero has to be one of the best players in the match. But libero has some restrictions in his roles, and not being able to make an attack hit makes it purely a defensive part. So, it is difficult for the libero to be an ace.

Some of the volleyball terms include ‘attacker’. An attacker is a spiker who hits the ball to win points. Others can also include ‘block’ which is a defensive play to deflect an attack. ‘Foul’ is the violation of any rules. An ‘assist,’ on the other hand, is the set-up pass that initiates a kill.

What is an ace serve?

What Is Volleyball a kill?

A ‘kill’ in volleyball refers to a successful spike or attack, which results in a score.

To Sum Up About What is an ace in Volleyball

Volleyball is a tremendously strict and challenging game to play. Rules are essential in this game. Therefore, you must internalize the rules so that you don’t miss out on anything before you start playing this game. It can be challenging to learn volleyball.

But if you know the rules properly and practice it twice a week, you should be able to play it effortlessly within two to three years’ time. So, what are you waiting for? You know the basics and now head to the court for a friendly!

Don’t forget to check our researched article about how much do volleyball players make.